At least one killed in Uganda suicide bombing during evening prayers

By Sarah El Deeb, The Associated Press KAMPALA, Uganda — At least one person was killed and five others injured in a suspected suicide bombing Tuesday near a mosque during evening prayers in Uganda’s… 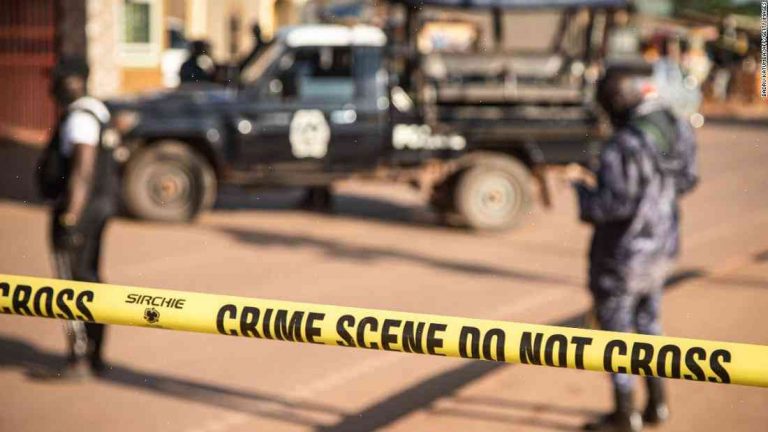 KAMPALA, Uganda — At least one person was killed and five others injured in a suspected suicide bombing Tuesday near a mosque during evening prayers in Uganda’s capital, officials said.

The explosion, which triggered panic among those praying, was believed to have been deliberate because it happened in a busy area of Nairobi Muhimbili National Hospital, a spokesman there told The Associated Press. No suspect was in custody, police spokesman Emilian Kayima said.

The attack occurred during the Jumia Group annual festive season dinner, which attracted dozens of business leaders, VIPs and dignitaries.

“We suspect that it was targeted at people gathered for prayer during this festive season,” Kayima said. “We don’t know yet” if more bombs may have been planted in the city’s business district.

The attack comes amid the Muslim holiday of Eid al-Adha, which often draws large crowds to mosques for prayer services. Mosques are frequently attacked in the region because of extremist groups such as al-Shabab, which has promised attacks in Uganda during the holiday season. Last month, at least 50 were killed in a suicide attack at a market in Nairobi, Kenya.

In 2016, attackers targeted mosques in Uganda’s capital, Kampala, in an assault claimed by al-Shabab. In that attack, 13 were killed.

Uganda has been on heightened alert since the country’s deadliest terror attack in 2010 when twin car bombs ripped through Kampala’s crowded city center, killing 76 people. In April, a hotel in Kampala was also targeted, killing eight.

Several members of al-Shabab have been killed or captured in recent years and officials say they have formed relationships with some local extremist groups.