Book of Songs project has Indian music coming to Broadway

Remember Bollywood? Not knowing that Bollywood was a Hindi-language film studio first and foremost, I took a trip to one of its premieres in Los Angeles several years ago. And there, on a soundstage,… 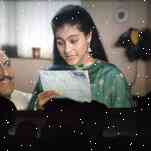 Not knowing that Bollywood was a Hindi-language film studio first and foremost, I took a trip to one of its premieres in Los Angeles several years ago. And there, on a soundstage, three actors appeared as Indian wedding performers — one wore a traditional dhoti, the other did a “kurbani,” a suggestive dance in the direction of a man’s temple or temple attendant, and the third, with a magnificent smile, did a song-and-dance number in which she sang, danced and pranced about, allowing her male co-stars to dance and bounce. The music was musical — mostly Americanized versions of more regal, exotic, romantic ballads.

In India, a good song is compared to the great Hindu deities Vishnu, Shiva and Ganesh, but in the West, just about any song will do. I wouldn’t even try to recognize them if I couldn’t. I cannot hum the tune of “Blue Lagoon” by Frankie Valli (3B), which is the song that Harsha Bhogle’s Book of Songs Project has put together for an Indian musical.

On Wednesday night, Broadway’s Rattlestick Playwrights Theater announced a three-month run of a musical based on the most well-known genre of Indian film. The production, written by Songwriter Alan Menken (“Beauty and the Beast,” “Aladdin”) and co-producer Glenn Slater (“School of Rock”), will open Aug. 15 and run in the cafe nitemarc on New York’s Broadway.

The show is called “Raisins in May” and (loosely) based on the 1961 film of the same name. The music, which plays a large part in the score, has a long history in the Hindi-speaking world, beginning with music composed by Mohd Rafi and was popularized by Asha Bhosle in the 1960s. Menken and Slater, “Row the Boat Ashore” and “Under the Boardwalk” producer Marc Platt and director Alex Timbers collaborate on the book.

Two songs already are being licensed, the opening number and a dance number inspired by the film, “Ghagra” and “Aayega Fari.”

Here’s a secret revealed by Buffett and Gates