Last week the unthinkable happened in the markets: giant companies and billionaires started falling apart. Tesla, Netflix, Intel, and now General Electric. The only question now is: is it time for the rest of… 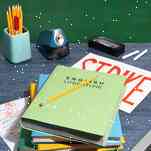 Last week the unthinkable happened in the markets: giant companies and billionaires started falling apart. Tesla, Netflix, Intel, and now General Electric. The only question now is: is it time for the rest of us to bail?

The truth is we’re all still going to hang in here together, win or lose, no matter what’s happening. We shouldn’t give up on the hope that we’ll pull ourselves out of this patch.

But even the most hopeful folks are getting antsy after watching America’s richest investment firm, Berkshire Hathaway, take a $32 billion hit last week. Buffet is normally considered a rock-solid investor: he’s ridden out the financial crisis and the most recent scare in the markets better than most. And yet when we all read the letters from Warren Buffett this week, we find that he shares our concerns.

One sentence caught my eye: “We’re concerned about the future, and we’re preparing for it,” he wrote. We could all use a little guidance like that as we rework our tax returns, and figure out what changes we need to make to our portfolios. So why is Buffett going to the mat now?

First, he’s not the first one to come down with this “power slump”. Andrew Caspersen recently lost $1.4 billion in less than three days when he invested in doomed private equity funds. Several dozen guys invested a billion dollars in the solar company SunEdison, getting out within a week with a total loss of $100 million. And top Goldman Sachs executives lost a total of $550 million when their companies began trying to clean up an $8 billion Ponzi scheme.

The fact is we’re all in the same boat and we’re all going to have to struggle a little.

The lifeblood of capitalism is opportunity. When you bring opportunities to everyone, we’re reminded that people – not just the politicians – have the talent and vision to realize those opportunities. People do need to know that this system has a future.

Second, a global financial crisis with all the products it creates is never easy. We need to remember the lessons from 2008. Look at the fallout from housing markets in countries like the UK, Ireland, Greece, and Spain – they’re still in the early stages of a recovery. Even in the US and Europe, we’re still in a recession.

Third, and most importantly, when you invest in someone, you are selling your future as well as their risk. Startups and investors are always asking the question, “Is this business opportunity going to be here tomorrow or in three years?”

This is the decade of opportunity for the world’s “unicorns”, the hyper-valued, non-public companies that are worth over $1 billion. But it’s not going to be easy to make it in this new era of the e-commerce world. It’s going to take more than a $20 billion buyout, and a winning strategy. But, here’s the exciting part: it’s yours to build.

The path to success is opening wider for them, but there is still plenty of opportunity for start-ups and entrepreneurs. They need to start thinking of these three things:

Target new markets They need to find untapped opportunities that others don’t know about.

Focus on a few key customers They need to be strategic about who they are going after, to avoid overestimating their customer base.

Learn to compete with big, established companies. Many of these companies know how to put the products together, but not everyone has the talent or resources to stay ahead. Plus, few can get away with just being good at what they do.

The challenge is now all entrepreneurs have is getting funding. Platforms like Kickstarter are working as a way to bring the financial world, particularly venture capitalists, into their new ideas.

If you’re a start-up that’s getting outside funding, the challenge is now all entrepreneurs have is getting funding. Platforms like Kickstarter are working as a way to bring the financial world, particularly venture capitalists, into their new ideas.

But this challenge is going to change the way we invest, and ultimately our lifestyle. The truth is, we’re all in the same boat and we’re all going to have to struggle a little.

MPs have been given allowances of £70,000 per year for cars they don’t use, report says