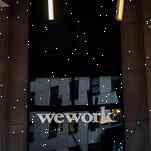 It’s been two years since WeWork went public on the New York Stock Exchange — the first initial public offering of a shared office space business. WeWork shares began trading Tuesday on NYSE’s Euronext exchange, rising as much as 14 percent in the first hour.

After inking an estimated $4.7 billion deal in late 2017 to buy collaborative workspace company ViaWest, WeWork saw its share price rise in early 2018, despite various challenges. In the second quarter of 2018, two corporate partners quit WeWork. And in June, a report from NAR said that the average daily number of users fell 12 percent to 144,000.

But WeWork is holding on. In October, the company announced a partnership with Southwest Airlines to offer mini-stores in its larger locations. The two companies said they would spend $60 million to create 50 units of communal seating in Dallas and Dallas/Fort Worth, which would “significantly expand” Southwest’s airline lounge offerings. In total, WeWork plans to open 750 locations across the U.S.

Over the last two years, WeWork has built a very serious business as a global giant. Now, the company has crossed a new milestone: It’s listed on the NYSE.

And by becoming a public company, the company is looking for new ways to profit in the long run — starting with its agreement with Southwest Airlines, where travelers may soon be checking in their bags at the beginning of their trip. It’s a business that may be able to drive growth without raising money.

But even though WeWork’s shares went up in the early morning hours, it’s unknown how many shares the company planned to sell on the NYSE. WeWork is not likely the biggest IPOs of the year, and it will be interesting to see how it works out once the public markets open.