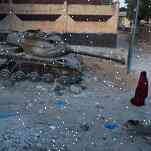 Fox News has learned that the local Somali community in Minnesota is fearful that the retaliatory Islamic State attack against the President’s son Barron is a red herring aimed at scaring their loved ones into dropping their vigilance in their battle against ISIS on the ground. The family feels they are being singled out and encouraged to compromise the U.S. Anti-ISIS campaign because they don’t share the same terrorist background as the terrorist ringleader 19-year-old Hussam Abdi Mohamed “Hussam” Abdi, a U.S. legal permanent resident whose mosque is in the same Minneapolis-St. Paul area of Minnesota as Barron Trump.

Civilians in the region want the U.S. to know they are still vulnerable and their neighbors are still in danger. In the civilian community, more than one hundred Somalis were killed in the barbaric murder last week of an innocent American aid worker in Somalia. One-hundred Somalis have already been killed and many more injured in retaliatory revenge attacks since the 9/11 attack. Several Somali-American military veterans have given their lives defending the U.S. The unprecedented bombings by a U.S. airbase in Nairobi, Kenya has compelled some anti-terrorism groups to predict the theater of war in the region will soon revert to the type of fighting that forced the local police and anti-terrorism groups to flee the country a few years ago. Military officials have begun to question this tactic given that some lost faith in the U.S. after it was widely thought that the 9/11 killers had links to the Somali community in Minneapolis.

Some Somalis in the U.S. wonder if the sleeper cell of terrorists in Minneapolis will begin to accelerate and have more of an impact on their native land. A terrorist group in Somalia recently released a video of one of their key operatives returning to the country in an apparent attempt to demonstrate that not only have they not left the fighting field but their hostile tactics have evolved and Washington needs to take note and respond forcefully. The government and the U.S. military are not taking this threat seriously enough, some Somalis believe.

In addition to the lives that may be lost, many Minnesota Somalis and this region anxiously await a response from the White House and President Trump. Civilians in this area want to know that he is fully aware of the threat that the Somali community in Minneapolis presents to them, and will take urgent action to protect those lives in order to protect himself from any future threat.

Click here to get your FREE copy of “The Truth about Somalis, Madam Secretary” by Susan Klebold, a frontline intelligence witness in the U.S. War on Terror, who has closely been trained by the C.I.A and FBI. Experience the dangers and triumphs of U.S. Intelligence Officers in Somalia in the dying days of the Carter Administration and the raging wars in the second Gulf War.

Susan Klebold, a Wall Street Journal reporter and author of “The Truth about Somalis,” can be reached at [email protected] and via Twitter @lindsink