The Bill & Melinda Gates Foundation pledged $120 million in funding to help get Merck’s cancer drugs to patients in poorer countries. The donations were part of the Foundation’s new Carrot and Stick strategy… 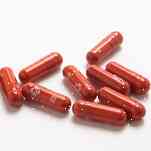 The Bill & Melinda Gates Foundation pledged $120 million in funding to help get Merck’s cancer drugs to patients in poorer countries. The donations were part of the Foundation’s new Carrot and Stick strategy to combat the world’s top killers.

The Plan calls for encouraging patients to demand the expensive drugs by offering them discounted prices and tailored education. In return, Merck will help nonprofits educate their patients about options like generic alternatives. The goal is to help patients take control of their own health care by creating demand.

Merck is the fourth pharmaceutical company, out of nine, to pledge funding to the campaign, according to the foundation.

Pfizer pledged $100 million to the Plan in 2016 and Gilead Sciences donated $25 million to the effort in 2017. There are also partnerships with organizations like the American Cancer Society, Center for Disease Control and Prevention, and American Diabetes Association.

The push to bring down health care costs by educating patients on innovative treatments has been a strategic tactic for many other corporations and businesses. But it’s also a high-stakes pitch. Both are playing a game of chicken between pharmaceutical companies and patients with access to costly life-saving drugs.

When consumers access such highly-sought-after treatments, insurers and drugmakers reap financial benefit. When patients ignore the advice and go without the treatment, patients or medical professionals incur that additional cost.

That’s what the Gates Foundation is banking on.

“As a company [Merck] can directly see that much-needed medicines are filling lives with hope and sparing patients the physical and financial burdens of cancer,” Merck CEO Kenneth Frazier said in a statement. “In providing access to our life-saving therapies, we are ensuring we help more people than ever before, and that’s why our partnership with the Gates Foundation continues to be so valuable.”

The Gates Foundation is well aware of the history. In 1985, a suit was filed on behalf of 20 patients in Illinois who said they owed $70,000 apiece because of excessive charges to Merck for its intravenous version of anti-cancer drug Avastin.

In a ruling the following year, the U.S. Supreme Court refused to dismiss the suit and added the case to a wider mandate that covered pharmaceutical companies.

“Suing Merck is a more legitimate way to compensate patients for their negligence than beletreated by the United States government,” a 1986 court decision said, according to The Atlantic.