Iranian governors typically address crowds in their country’s provinces using quite often partisan oratory, and the abuse of state resources for partisan purposes is unfortunately a highly familiar part of the political atmosphere. However,… 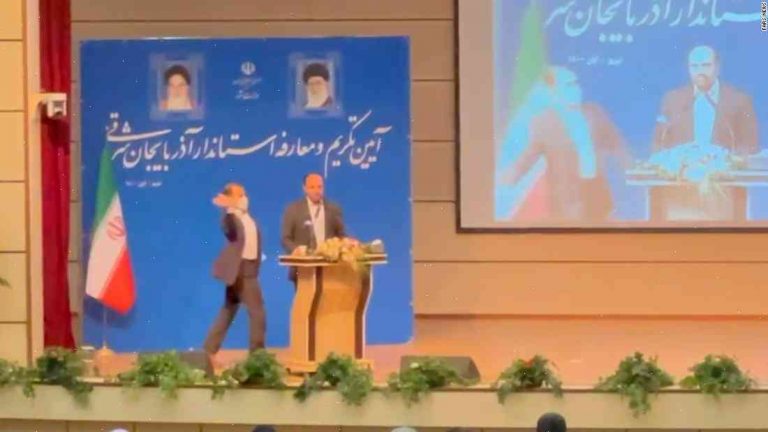 Iranian governors typically address crowds in their country’s provinces using quite often partisan oratory, and the abuse of state resources for partisan purposes is unfortunately a highly familiar part of the political atmosphere. However, this isn’t what happened to Abdolnaser Hemmati, the governor of Iran’s eastern province of Mazandaran. Hemmati was preparing to make a public address at the provincial cultural capital of Zahedan on Friday when he was greeted with a slap in the face from an unknown man. Following the incident, the governor said that it was not the first time he had received such a slap, according to the official IRNA news agency.

Although it is not known whether the man actually witnessed the speech, he reportedly told the crowd he wished he were in charge of that province, according to an eyewitness. Shortly thereafter, the governor then took aim at the man, saying, “Do you like me to lay down your life for lies that are not true?” The assailant then said something in response, which Hemmati refused to repeat.

He then proceeded to deliver a message to the man, who was then arrested by police.

Hemmati apparently decided to flash the scene to the rest of the crowd later that evening, shortly after a crowd started chanting for the attacker to be killed, according to the BBC.

The governor’s acting deputy told the Post that there had been two attacks on the governor. The first one occurred on Friday afternoon, when he was out with his daughter. The second, which happened on Saturday morning, took place while the governor was speaking in Zahedan.

“There are no foundations to believe the man that slapped him was from Mashhad, which is another example of meddling with the political future of the country,” spokesman Ahmad Sarmast, who was the acting governor during the second attack, said.

If anyone was even surprised that something so horrible as this could happen in a largely conservative Muslim society, they must have been watching Fox News. Three months ago, the network ran a series of clips that seemed to falsely claim that President Trump “chose” to put the IS in Iraq back on the battlefield.