Chuck Bundrant, an Oregon businessman who became a key proponent of deep sea fishing in Washington state and served as the state’s longest-serving fisheries commissioner, died Tuesday at his home in Portland. He was… 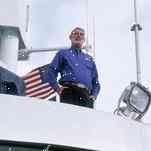 Chuck Bundrant, an Oregon businessman who became a key proponent of deep sea fishing in Washington state and served as the state’s longest-serving fisheries commissioner, died Tuesday at his home in Portland. He was 79.

In 1994, Mr. Bundrant moved from Oregon to serve as chairman of the Washington Fish and Wildlife Commission, which regulates the state’s commercial fishing industry, which is now worth an estimated $900 million annually. He led the commission for nearly 16 years.

During those years, he became a popular face of the industry, speaking out against the kind of fisheries closures proposed in its name, and watching over efforts to improve the way Washington’s commercial fishing fleet operates. When he called one of the operation’s managers “our Henry Ford,” he meant it.

“Everything we did, it was because Chuck was the enforcer,” said Edina Williams, a longtime family friend who worked for Mr. Bundrant in Oregon before moving to the Oregon Department of Fish and Wildlife.

Those sorts of efforts extended to cleaning up the state’s marina waters, which have become a popular location for sharks, tuna and other unwanted species. The commissions tasked with overseeing Washington’s marinas, which must be stocked with fish to protect public access, found that the combination of portable toilets, sandbars and shallow inshore waters was a threat to protected fish species. The solution was a larger marina site that allowed fish to congregate, thus doubling their chance of survival.

All that Mr. Bundrant cared about, his friends said, was promoting the sustainable eating habits of the public and catching fish well. He worked with the department to improve its data on Washington’s fishing industry, and emphasized sustainability with one of his fish-processing methods. Wearing a plastic grocery bag around his waist, Mr. Bundrant would take a crew of fishermen through the state’s waters, wrapping their catch in wire wrap and dumping it in a trash bag before moving on.

Mr. Bundrant was born in Breslau, Germany, in 1944 and lived for most of his life in Ashland, Ore. Before running for the commission, he owned two luxury hotels, in Ashland and Gales Creek, in the Columbia River Gorge.

Bundrant became interested in expanding his grandfather’s fish business, Dilbert’s Fish House. He helped spearhead a company that developed a system for transporting fish by boat and anchored it in the river on a rocky slope so the docks of other boats could park beside it. The basic idea put Bundrant on the map in the fish world, but he said it didn’t enter into his political life.

“I didn’t think there would be any trouble with it,” he told The Oregonian in 2009. “It was something I did my whole life, so it was really quiet to start with.”

He is survived by his wife, Teri; his daughter and son-in-law, Sarah and John Rave; two grandchildren; and two nieces.