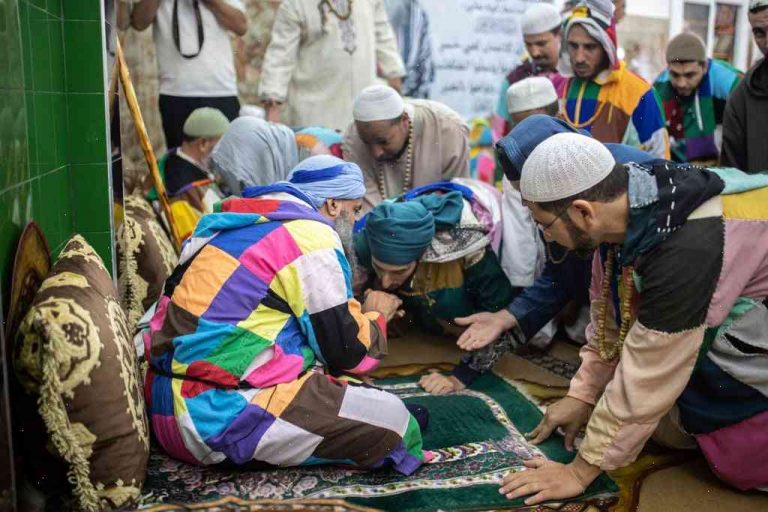 The “Sea View” – a house of prayer and study belonging to the Ahmadiyya Muslim community – has been closed for almost two years. Photograph: Daniel Terdiman/Getty Images

In July 2015, the Ahmadiyya Muslim Community (AMC) in Britain was involved in a High Court trial on whether it was “legally competent” to own its property.

The legal battle commenced a few months after the ABC asked the Lord Justice of Appeal to rule that the ABC had a legitimate religious right to take ownership of the Sea View house in Regent’s Park, central London, where they host a large, semi-permanent congregation.

The Sea View is the first point of contact for those wishing to study the teachings of the founder of the Ahmadi Muslim community, Mirza Ghulam Ahmad. Once in possession of the Sea View, members of the community were allowed to gather there at any time of the day, and also hold evening prayers.

The Lord Justice of Appeal, though hearing the case on the basis that it concerned the Sea View, eventually decided that the AMC and its properties were not genuine religious institutions. In other words, they said, they were not legally “capable” of claiming religious rights. The case did not go to the House of Lords.

Lord Justice Burnett said in his judgment, “There is no risk that the practices which take place at the Sea View would breach the law. Nor has there been any showing that the Sea View has been unlawfully constituted. The fact that a congregation gathers regularly at the Sea View is of no public interest and has none of the character of land or buildings occupied by private citizens.”

As a result, the Sea View has been closed for almost two years.

Nevertheless, after the Judge wrote his judgment, a party of AMC members wrote to the Lord Chief Justice, explaining that they were exploring a way to lawfully assert their religious authority over the Sea View. The AMC’s lawyer, John Hardy, told the Judge at the time that it would be possible to bring a retrospective application to the High Court as a plaintiff or defendant, and that they hoped to begin proceedings in January 2016.

You can find a podcast and summary of what the case was about, the arguments, background, details on the Sea View, and the Lord Justice of Appeal’s judgment, in my book, Muslims in Britain and Other Stories, published by Oxford University Press in June 2017.