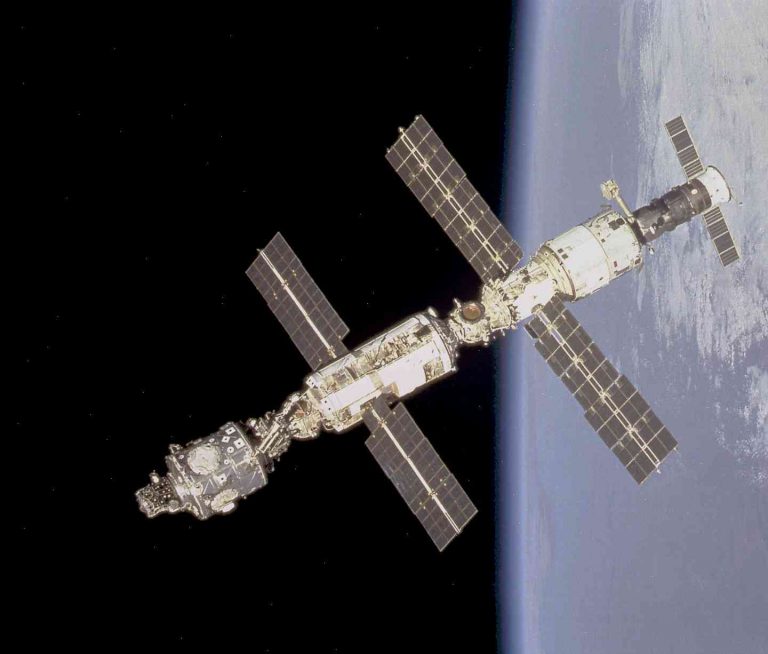 A Russian cargo ship packed with supplies for the International Space Station has again tilted at an unusual angle, it has been confirmed.

The left side of the Soyuz MS-09 spacecraft “suddenly oscillated and tilted four degrees before re-entering the atmosphere at 50km per second”.

Mission control say a small piece of pressure sensor had impacted the ship shortly before it started to tilt.

Earlier in the mission, a failed thruster fired.

It is the second time in a week that the body of the vessel has tipped.

A technical fault earlier in the mission had cause this to happen.

A total of 3,900kg of water supplies, food, oxygen and science equipment were delivered to the space station.

All three space station crew members were successfully returned to the Earth safely.

The spacecraft will now be lowered back into orbit and a SpaceX recovery team will try to retrieve it.

It is believed to have returned to Earth at 21:50 BST, coming in at a height of about 250km above the Atlantic Ocean.

“Per our plans, the recovered Soyuz MS-09 spacecraft is rolling back to Novosibirsk. We are tracking it and continue to endeavour to recover it on as quick a course as possible,” said BBC space correspondent Roger Harrabin.