King Salman has made comprehensive economic reforms an important part of his legacy since he became king in 2015, including a government shakeup, a sharp contraction in national spending and a slew of reforms… 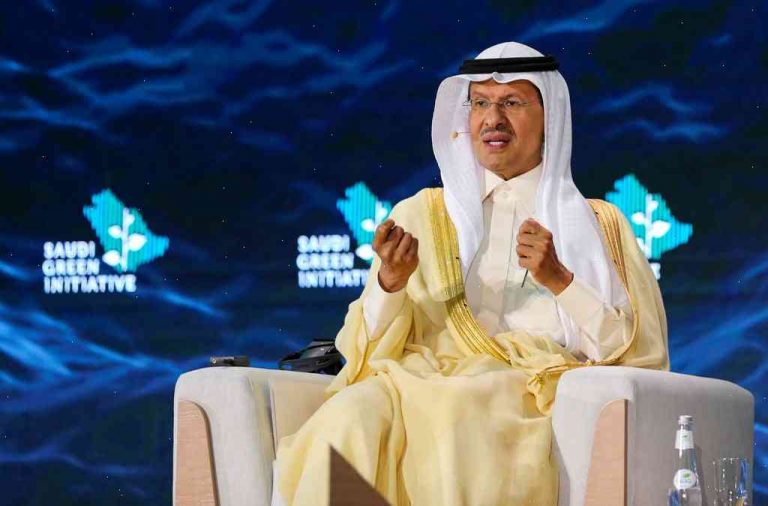 King Salman has made comprehensive economic reforms an important part of his legacy since he became king in 2015, including a government shakeup, a sharp contraction in national spending and a slew of reforms aimed at curbing huge budget deficits.

But the kingdom’s gas glut doesn’t seem to be going away anytime soon. The problem has been weighing on oil prices, which are currently at their lowest levels since October 2016.

According to Bloomberg, the country’s budget deficit will be larger than projected this year, in part because of low oil prices. The kingdom needs to spend billions to fund its military campaign in Yemen. At the same time, the government is reducing state spending and raising taxes.

The point of these reforms is to restore the kingdom’s fiscal health and place it on a more sustainable path going forward. By reducing production, lowering prices, the kingdom aims to save its dwindling foreign exchange reserves, raise money and help pay for its social welfare programs. It may be too little, too late.

“Is it in Saudi Arabia’s interest to see a complete collapse of the oil market, forcing it to potentially revert to its last 20-year oil price range of $15-$20 a barrel?” Harry Tchilinguirian, head of commodities strategy at BNP Paribas SA, said in a note on Friday. “Of course not. The problem is Saudi Arabia needs to keep supporting the current price structure in order to preserve oil supplies and ensure its financial solvency.”

In late December, Saudi officials announced a capital spending freeze. The government also sold shares in its companies, such as Aramco, which could raise as much as $100 billion and help the budget.

The government then struck a deal with the banks to provide an additional $64 billion to maintain current spending levels through 2020.

But now, the balance between decreasing consumption and maintaining funding for social programs has become more difficult to balance. Moreover, a drop in oil revenues is already slowing down economic growth.

The International Monetary Fund forecasts gross domestic product to grow at 1.3 percent in 2018, a rate far less than the oil-fueled growth of the past three years. Gas prices went up this year, but it still isn’t enough to fully support government spending, as highlighted by the budget deficit projection.

Worries over oil revenue show no signs of easing. Many analysts forecast a deficit of between $130 billion and $175 billion for this year. Morgan Stanley expects its oil deficit to reach $150 billion this year, which could push the economy into recession.

It’s possible that the oil market could find a solution to the surplus, though. The glut has been triggered by a supply glut, not from growing supply. And if investment into non-OPEC countries rises and production picks up again, the surplus could reverse.

But the process could take time, which is why the Saudis need to act now to stabilize the market.

“While any reduction in capital spending and the reduction in budget deficits would be very welcome, those are not the main problems in the oil market,” Michael Wittner, global head of oil research at Societe Generale, said in a note this week. “The biggest problem now is oil supply.”