SINGAPORE — Starting in November 2019, a Singapore employer will have to enforce a health-and-safety measure requiring vaccine or other screenings for their employees to access their workplace, according to a local magazine. The… 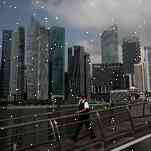 SINGAPORE — Starting in November 2019, a Singapore employer will have to enforce a health-and-safety measure requiring vaccine or other screenings for their employees to access their workplace, according to a local magazine.

The “validated prophylaxis tool,” or VRT, is part of a “deferred sanctions regime” that will apply to all employers, though the VRT only applies to government sector employers, according to information released by Singapore’s ministry of foreign affairs. The VRT will be used by the ministry to ensure that government health centers are properly trained to implement the new policy, according to the ministry.

The government mandate will carry no penalty if followed, but VRT will offer health-care service providers a “compassionate” option to help administer the vaccine or other types of screening.

Previously, governments have started vaccinations or screenings before access to work was a requirement, rather than after, according to researcher Arthur Kroeber, who runs Asia-focused research firm Gavekal Dragonomics. The measure could serve as a model for other governments as they deal with rising public health threats, such as the Ebola virus, he said.

“This will work as a deterrent against workers who are vulnerable to Ebola,” Kroeber said by email.

Employers and the foreign ministry hope the measure will prevent the spread of infectious diseases within the state, according to an Aug. 23 briefing by the ministry.

“The VRT forms an essential part of the ministry’s efforts to stem the spread of disease within Singapore,” said Vivian Balakrishnan, minister of foreign affairs, according to the briefing.

The entry of non-domestic workers into Singapore is likely to be affected by the new policy, according to Ivy Ng, an economist with Capital Economics in Singapore.

“The VRT is unlikely to have a major impact on the number of non-domestic migrants coming to Singapore,” Ng said by email. “On the other hand, applying the VRT to people employed by enterprises could limit their movements within Singapore and therefore the wages they can get from them, reducing the demand for expatriate workers.”

Employers with more than 10 employees will have to adhere to the policy when it comes into effect, with exceptions for workers who work on projects supported by the Ministry of Education, according to the VRT’s website.

Workers on vaccines for diseases such as influenza, malaria and polio will have their names checked as well as a USB drive be implanted with their vaccination record. The office worker will also have to get a screening for, and a TB test, the statement said.

“With today’s young population, many people will require many vaccinations before they start working,” the VRT’s website says. “The Ministry recommends some screening to be done on its employees to prevent illnesses spread to others, to their clients and their family members.”

This article was written by Yannick Lepel, Abhishek Vishnoi and Keiko Ujikane for Bloomberg News.