Opium factories and smuggling networks can no longer keep pushing heroin and other drugs into Afghan cities and towns, a senior Pakistani Taliban commander has said, accusing opium traffickers and government agents of being… 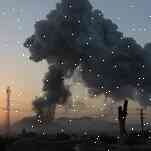 Opium factories and smuggling networks can no longer keep pushing heroin and other drugs into Afghan cities and towns, a senior Pakistani Taliban commander has said, accusing opium traffickers and government agents of being involved in executions and forced labour.

A main source of finance for insurgent leaders and the spread of opium across Afghanistan has been extended through illegal cultivation of poppy, which also provides support for the Taliban in holding large-scale weapons.

“The decision to cease cultivation of poppy will be a hit for those who are part of the corrupt criminal elements in Afghanistan. The people should be punished,” the commander said, requesting anonymity.

He said enforcement of opium bans in Nangarhar, Kunduz and other provinces would cut cultivation to virtually zero by the end of the year.

The Taliban has occasionally offered its own details of the drug trade but never before aspired to change its finances so significantly.

The withdrawal of foreign forces from Afghanistan has allowed the insurgents to regroup, test their capacity and impose their will, as shown by a series of recent military victories.

But like in other conflicts, opium has also been the conduit for intimidation, money laundering and narcotics-linked corruption, which now plays a vital role in Afghan society.

Another Taliban official, speaking on condition of anonymity, said banning opium cultivation would bring peace to the region.

Last month, the Taliban and the central government in Kabul reached a ceasefire agreement that allowed fighters to take each other prisoner and halted hostilities, prompting celebration in the city of Ghazni.

But as the period of calm faded, groups within the Taliban and at least one Islamic State faction, along with Islamist and other insurgent groups, made preparations to resume attacks.

Last week the Taliban announced an end to a three-month ceasefire, saying the deal had collapsed partly because of attacks in Ghazni carried out by militants linked to the Islamic State’s Khorasan province, which controls parts of eastern Nangarhar.

In the last few weeks the government has said it is considering banning opium production as part of a national effort to dismantle illegal networks.

The decision would be in line with anti-corruption priorities and would help to rid government troops of drug addicts, an Afghan drug control official told the Guardian last week.

“We are thinking of stopping poppy cultivation across the country,” Abdul Raouf Ahmadi, a senior official with the Afghan National Drugs Control Agency (NDCA), said.

“It is easy for us to do without committing suicide bombers and hijackers,” he said, referring to Friday’s suicide bombings in Kabul by the Afghan Taliban.

Hashida Dad, a prominent counter-narcotics official in the Nangarhar province, said he would welcome the ban, saying he would create new jobs to make up for lost income from opium.

“They came here to make money. But now that they can’t make their money, why would they come back?” he said.

The Taliban, while announcing a ceasefire during Eid al-Adha, the holiday that marked the end of the Islamic holy month of Ramadan, said fighting with Afghan government forces would continue.

But even that would not deter the movement from acting to promote the poppy ban, the senior commander said.

Last month Mullah Abdul Ghani Baradar, a Taliban leader in Pakistan who served as the group’s number two, was killed by a US drone strike.

Another Taliban commander warned that those who resisted were attempting to rewrite Afghan history through their actions.

“O Ghani’s government officials, I advise you to start building statues and schools from Kabul instead of using land to make drugs to glorify their good works,” he said.