Updated: Shares were 7.6% lower than the $13 IPO price around 10:45am ET after the opening bell. WeWork has finally gone public. WeWork AIMS (NASDAQ:WIL), as the New York-based company is known, priced its… 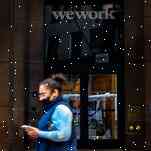 WeWork has finally gone public. WeWork AIMS (NASDAQ:WIL), as the New York-based company is known, priced its IPO last night at $13 a share. The online workspace provider has expected to raise $861.9 million through the public offering, as reported by Bloomberg. The IPO valuation values the company at around $16.9 billion.

WeWork has surpassed a half-trillion-dollar valuation, which may have seemed high until last week when Alibaba Holding Group (NYSE:BABA) ended the week with a $392 billion market cap. WeWork is now the biggest IPO by a start-up in US history, as well as the biggest internet stock offering ever. In March, Uber Technologies Inc. lost its $68 billion market cap after it filed to go public.

The IPO will raise funds for WeWork to invest in the development of its platform.

How do the strong financial performance metrics add up for WeWork?

Based on filings from its IPO prospectus, WeWork is now the third-biggest leasehold revenue generator in New York City. It lists 24 companies who receive revenue from WeWork for more than $10 million, and the top two leaseholders get more than 80% of the pie.

The company generated $1.8 billion in revenue during 2017. It pays its top three leaseholders nearly $5 million per month each. Just 72.9% of its revenue comes from active member dues, as its primary revenues come from its community platform.