Research team analyzed recorded 911 calls made from early to late-summer 2019 and found that the volume of calls was not significantly higher than normal compared to a period spanning 2017–2018. However, calls that… 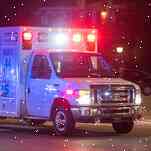 Research team analyzed recorded 911 calls made from early to late-summer 2019 and found that the volume of calls was not significantly higher than normal compared to a period spanning 2017–2018. However, calls that lasted more than five minutes and lasted longer than 10 minutes were six times more likely to result in an emergency rescue.

The first week in December increased the likelihood of an emergency by more than double, the report said. This is because fewer people prepare for the holidays, not because of medical emergencies. Still, emergency calls to 911 were more common than usual during the winter holiday season, regardless of whether calls were for medical emergencies or not. What’s more, the authors concluded that the increase in emergency calls was quite large relative to the calls that were normally occurring. In fact, on December 23, the average for calls was 1,358, compared to an average of 632 calls per day.

Health care experts are quick to point out that emergency medical calls are only a small part of the 911 system, but they say that alarming numbers like these can potentially lead to detrimental “adverse consequences,” such as police de-escalation. People with severe mental illnesses who are detained by police instead of an emergency care provider may have an increased risk of suicide or other injuries. By keeping people separated from potential medical help, police can increase the likelihood that someone with a mental illness will act out violently, experts say.

Because law enforcement may have been aware of those patient’s mental health issues in the past, the research suggests, in the worst case scenario, they could have called a medical provider. By the time police arrive on the scene, the patient may be acting erratically or under the influence of drugs, which could be life-threatening.