Bhutan just gave the only foreign tourist to be granted permission to stay and experience the country by royal decree. Gemma Selfa was picked to go by the Bhutanese king in April, after having… 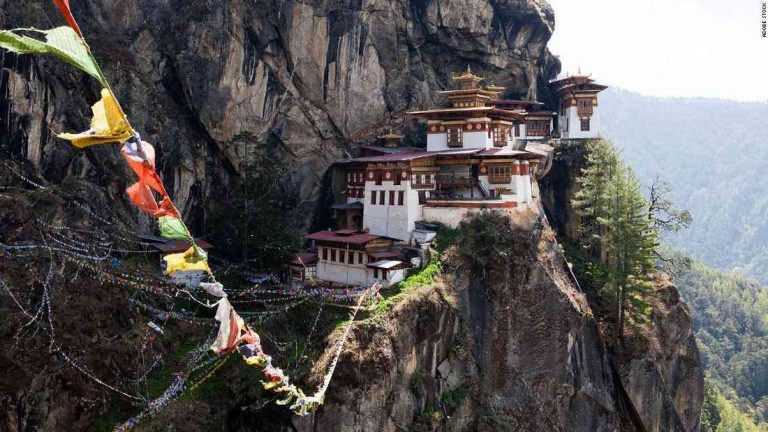 Bhutan just gave the only foreign tourist to be granted permission to stay and experience the country by royal decree. Gemma Selfa was picked to go by the Bhutanese king in April, after having been recommended by one of Self’s close friends, the world-renowned photographer Bob Cole. “Gemma has an incredibly strong personality and brings her keen eye for detail, good experience in the digital world, and a deep love of travel,” says Cole. “I felt her profile would highlight the beauty and diversity of Bhutan and I was therefore delighted when she said she wanted to visit.”

Self visited the tiny kingdom at its suggestion in August, when she met with royals Manimtim and Dzunchung Dorji and visited traditional art galleries. “I did not necessarily have a preconceived notion of what Bhutan would be like,” she says. “In fact, when I was there I was surprised to think this was Bhutan; we had communicated through emails before I actually had time to learn about the country, or about the culture, and the way it operates.” (Ahead of her visit to Bhutan, Self asked more than 25 senior consultants at leading PR firms how well Self might do there.)

Lovers of small, otherwise obscure destinations are often surprised how quickly it can turn into big news: Self’s visit to Bhutan was covered in the Wall Street Journal, People, the Guardian, and Time Magazine, among others. Self was honored as a contributing writer to Foreign Affairs and she has been spotted eating outside her hotel by local media. Her impromptu interview with a farmer while visiting his village did not go unnoticed and has now been translated to eight other languages. “It’s been amazing,” she says. “I think I was one of the first foreign people to visit for the King’s rule, so it’s quite unique in itself.”